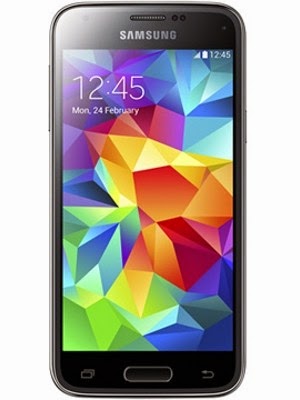 Samsung releases the mini version of its flagship devices with a flagship S device. The Samsung Galaxy S5 mini will be coming here soon and has already been teased by Samsung for the Indian market. Like the previous mini versions, this one has watered down specifications. It comes with a 4.5 inch semi HD display and runs a quad core processor with 1.5 GB of RAM. While this device offers decent set of specs, there are a lot of devices in this price band. Many of these devices come with even better features and specifications.

This is one of the best compact versions we have seen. While most mini or compact versions come with low end specifications, the Z1 compact came with same hardware as the original Z1 except for the display, which is smaller and has got lower resolution. The device has got the same design as the Xperia Z1 and is waterproof and dustproof like the Z1. It gets a 4.3 inch display with 720 p resolution. You get an impressive pixel density of 342 ppi. The display is shatter proof and offers good display quality along with loads of Sony display technology. It runs a Qualcomm Snapdragon 800 chipset with a 2.2 GHz quad core processor. It has got 2 GB of RAM and has got 16 GB of internal storage. You also get a micro SD card slot. It supports 4G, 3G, Wi-Fi, Bluetooth, NFC and micro USB 2.0. The device has got a very impressive 20.7 megapixel camera. The camera performs very well and yields excellent results. The front camera has 2 megapixel resolution. The device came with android 4.3 Jelly Bean and has been updated to 4.4.2 KitKat.

We really loved the Moto X when it first came out. They took a while to launch it in Indian market and it didn’t perform very well. But that doesn’t make the device any less impressive. They have really put efforts to make the overall experience of this device good rather than hunting for high end specs. The end result is a power efficient, easy to use and feature rich device which looks stylish. The build quality of this device is excellent and it is offered with a large number of colour combinations. For a slight premium, you can also have this device with a wooden back which looks excellent. It has got a 4.7 inch 720p AMOLED display. They have made a good use of the AMOLED technology by showing popup notifications on standby screen. It runs a Qualcomm Snapdragon chipset with a dual core processor clocked at 1.7 GHz. Apart from these two cores, there are two other cores running at low clock speeds. One of them handles the voice commands and the other one takes care of the inputs from all the sensors. This way the features like smart notifications run easily without taking a lot of power in processing. The device comes with a decent 10 megapixel camera which performs well even in low light conditions.

If you are looking for devices with relatively small screens as compared to the current crop of flagship devices, the iPhone 5C is a pretty good option. It has got a 4 inch display with a resolution of 640 x 1136. This gives you a decent pixel density of 326 ppi. It shares the hardware with iPhone 5 but comes with different design and in colourful polycarbonate shells. It runs the Apple A6 chipset with dual core processor and 1 GB of RAM. It has got an 8 megapixel camera which is pretty good and can also record full HD videos. It runs iOS 7 which is a major improvement over the previous versions and will also get the iOS 8 update. There are some limitations with an apple device if you are coming from Android but apart from that, it is an excellent device.

This is an older device that came out last year but we still like it for its handy size, decent hardware and IP 58 certification. The device is waterproof and dustproof like most other devices in the family. It has got a 4.55 inch semi HD display which is pretty decent though not as good as the display on Xperia Z1 or Z1 compact. It runs a Qualcomm Snapdragon S4 Pro chipset with a quad core processor running at 1.5 GHz. It has got 2 GB of RAM and 8 GB of internal storage. You get a micro SD card slot as well. It gets an impressive 13 megapixel camera. You get the usual set of connectivity options on this device among other features. The device came out running android 4.1 Jelly Bean but has been updated to the latest android version now.

This device has got the largest display in this list. We were going to list Google Nexus 4 here for its smaller size, attractive design and relatively lower cost here but then it has almost disappeared from the market now and the price difference isn’t really big. While the device has got a 5 inch display, it doesn’t feel very big or bulky to hold. The dimensions have been kept well in control and the near perfect weight further helps with it. It gets an impressive 5 inch IPS LCD display. It has full HD resolution so you get excellent pixel density making it a very crisp display. It runs a Qualcomm Snapdragon 800 chipset with 2.3 GHz quad core processor. It comes with 2 GB of RAM and is offered with 16 GB and 32 GB storage options. It gets an 8 megapixel camera which comes with optical image stabilisation as well. The device runs the latest android operating system and will continue to be the first one to get updates for a while now. This being a Nexus, you can also find a large number of custom operating systems for this device when you get bored of stock android.
About Author:
The Author have great interest in writing article on Technology and Handset reviews, currently he is working with 91mobiles.
Diposting oleh Abdullah Syafii
09.31
Abdullah Syafii di 09.31 Mobile Tips, tips
Terimakasih telah membaca : Samsung Galaxy S5 Mini Top 5 Competitors. Silahkan masukan email anda dibawah ini! dan anda akan otomatis mendapatkan kiriman artikel terbaru dari Geeks Computer Tech. Terimakasih.