Benefits Of Rooting Your Android Device 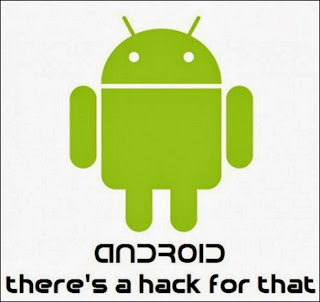 Google’s Android is open, customizable and a highly versatile operating system compared to other mobile OSes. And rooting it allows users complete control on their devices. However, you may wonder as to what rooting your Android device involves and what are the benefits in doing so. First, it is essential to understand what rooting is all about.

For the uninitiated, rooting gives users root permission and access to their devices. Rooting also gives the users the ability to tweak the settings on their phones, flash custom ROMs on the phone for adding additional features, as well as modify the software on the device. However, rooting is not everyone’s cup of tea, but it can be done successfully provided the users follow the rooting instructions for their device carefully.

A thing to note is that with different kinds of Android phones available, the same rooting technique may not work for all. So before rooting, users need to ascertain whether or not a particular rooting method will actually work for their devices. Users should also know that doing so will void the manufacturer’s warranty on your device and there is a small chance that improper rooting can also damage the phone permanently. Nonetheless, there are still plenty of benefits to rooting your phone and it is a risk definitely worth taking.

This is one of the best benefits of rooting an Android device. In simple terms, a custom ROM is a modified version of Android that users can install if they are not happy with the Android version that their device comes with. Adding a custom ROM adds more unique and convenient features to the phone that are not usually seen on their devices. Samsung devices are usually the most rooted of all, as users want to use stock Android ROMs that are much more agile than Samsung’s TouchWiz skin.

A kernel allows apps on the phone to communicate directly with the hardware of the phone. A custom kernel helps improve the performance of the phone, enhance battery life, speed up battery charging, and also add advanced features such as Wi-Fi tethering on certain phones that do not come with this option.

Tweak under the hood settings: Users can tweak every little feature of their phone including customizing the keyboard layout, enhancing multitasking functionality, increasing the scrolling speed as well as adding interesting themes to the phone. Basically, rooting allows users to reach into the darkest corners of their phones and make the most of the changes that are possible.

This is one of the best reasons for rooting. Often the phones are preloaded with software and apps that one does not use. These programs not only occupy the onboard memory, but can also drain the battery. Before uninstalling any apps, users should confirm that those apps are not vital to efficient functioning of their phones.

Having a backup of crucial data and settings is highly recommended. Should a user want to migrate to a new Android handset or wishes to restore the deleted data to the current handset for any reason, then a backup must be readily available. This is also helpful even if the user is not rooting his/her device.

Apart from these benefits, rooting also helps to block annoying ads that appear in apps, boost the speed and battery life of the phone, automate everything as well as unlock certain hidden features in the device and install certain apps that are otherwise considered as incompatible.
Author Bio:
Rohit Reddy is the editor of GadgetResearch. He is a gadget and technology enthusiast and loves blogging about them. In his free time he likes to follow the latest tech news and share it with his friends.
Diposting oleh Abdullah Syafii
08.46
Abdullah Syafii di 08.46 Mobile Tips, Mobile Tricks, tricks
Terimakasih telah membaca : Benefits Of Rooting Your Android Device. Silahkan masukan email anda dibawah ini! dan anda akan otomatis mendapatkan kiriman artikel terbaru dari Geeks Computer Tech. Terimakasih.